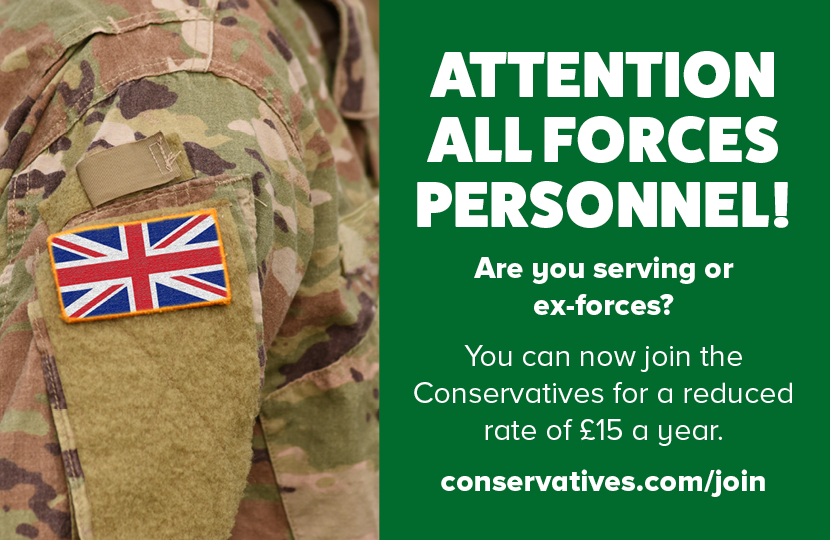 Supporting our veterans and investing in the men and women of today’s Armed Forces is a priority for Conservatives.

We understand the sacrifices made by Armed Forces personnel, veterans and their families.

That is why we will introduce new legislation to tackle the vexatious legal claims that undermine our Armed Forces and further incorporate the Armed Forces Covenant into law. So far, we have established the new Office for Veterans’ Affairs

For Conservatives, the security of our nation comes first.

We need you! Join us: find out more here

Locally, we are keen to recruit current and former members of the Armed Forces as members and candidates - your skills, dedication and commitment are needed as much in your community as they are in our country.

That's one of the reasons why Standard Conservative Party Membership – and all associated benefits – is offered at a reduced rate for serving and former members of our Armed Forces - just £15 a year. Join us.

So far, 200 members of our Armed Forces across Cheshire and Wirral have become Conservative Party members. We'd like to welcome you next.